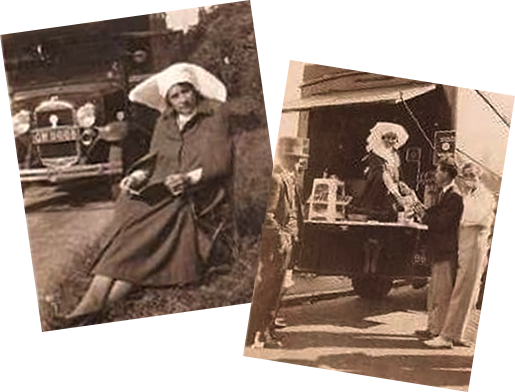 Milton has been used by hospitals and in homes for over 100 years. Milton was named after the poet, John Milton (1608-1674), as Milton was first manufactured in his London home. The iconic Milton Sterilising Fluid was first used as a disinfectant during the First World War and was taken to the trenches to treat skin burns. 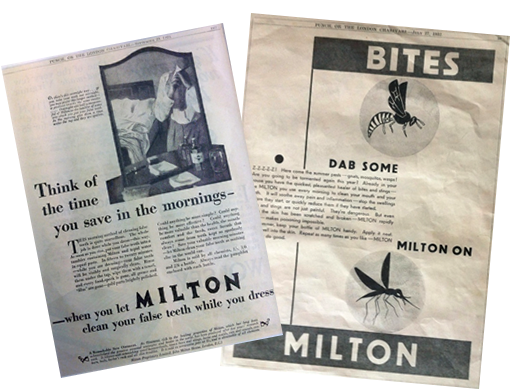 After First World War, the Milton Fluid continued to be used as a general antiseptic, disinfectant and food preservatives, as well as being used in hospital surgical procedures. 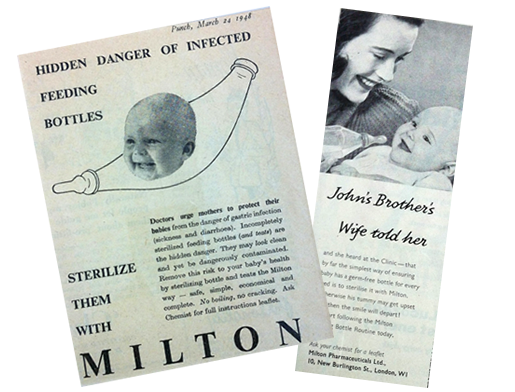 1947: The Milton method for babies

In England during the late 1940s, there was a widespread outbreak of gastroenteritis, which led to the death of 4,500 babies under the age of 1 year. Following a request from the Ministry of Health, on the BBC, to develop a better method of sterilising baby feeding equipment, Milton pioneered a new approach to sterilising baby bottles. The Milton method of cold water sterilising was born and Milton was credited for saving many babies lives over the years. 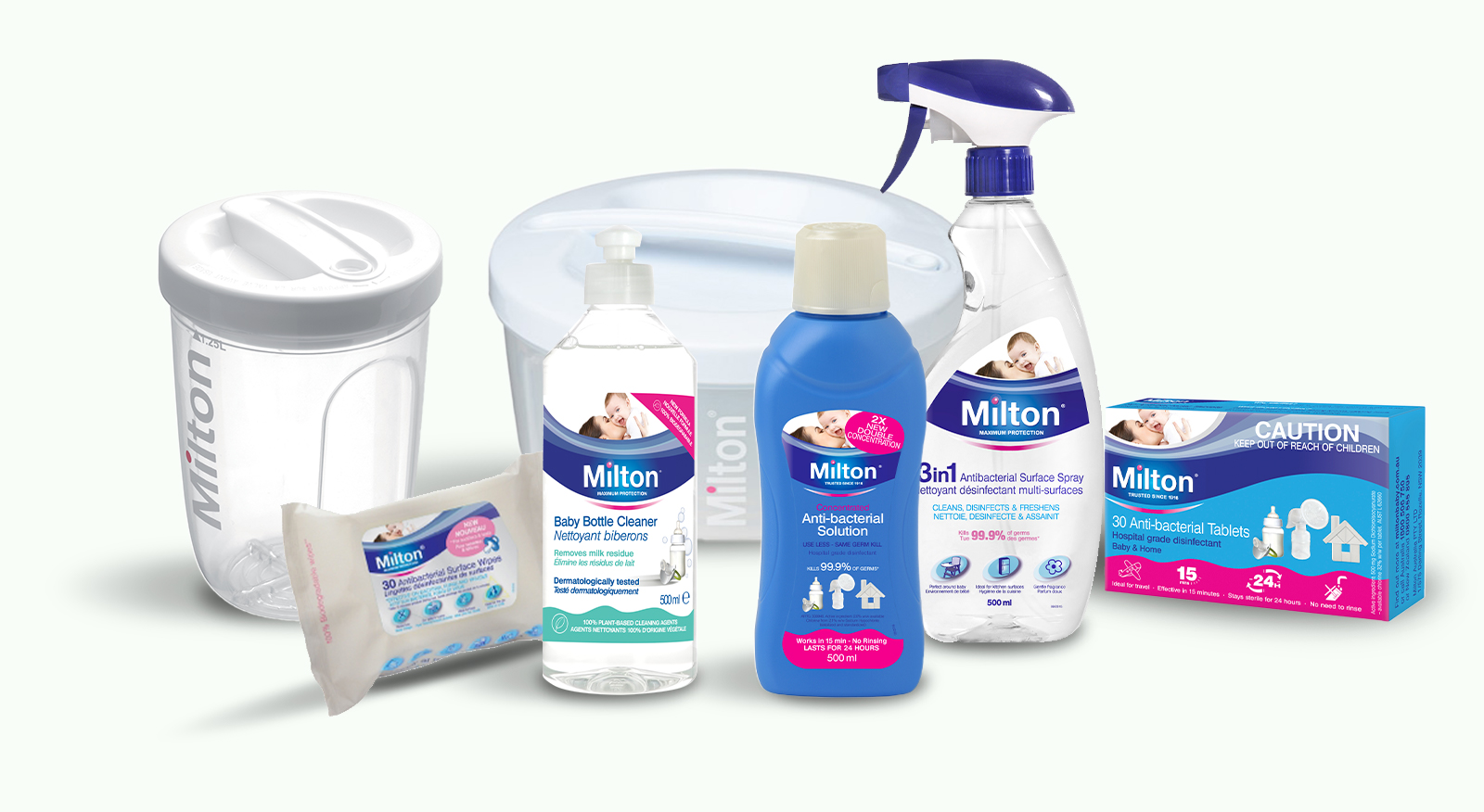 Innovating for the future

Milton has also extending its product offering to include microwave and cold water sterilisers such as the Combi and the Solo. Milton is constantly looking at new solutions to protect babies and their families from germs, so that everyone can keep on living the happy life they want. Milton is commited to develop formulas from plant-based technology to limit the impact on the environment and the users.